As a prestigious Smithsonian Affiliations member, the Southern Museum is an inclusive institution devoted to history and education. The Museum provides a quality experience that fosters conversation about the strategic and economic use of railroads during and after the Civil War. We seek to inspire and enrich people of all ages and backgrounds through knowledge-sharing and open dialogue. 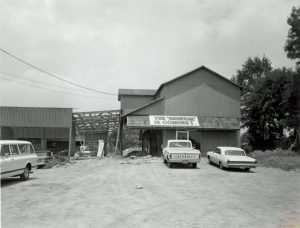 The Southern Museum opened in 1972 in Kennesaw, Georgia, as the Big Shanty Museum. It showcased the famous General locomotive and was dedicated to telling the story of the Great Locomotive Chase. The event, which took place on April 12, 1862, elevated the engine and Big Shanty (today the City of Kennesaw) to prominence during the Civil War.

While the General remained the main attraction, the Museum began to collect and interpret other artifacts from the Civil War period. The name was changed to the Kennesaw Civil War Museum as the scope of the Museum and the collection grew. In the mid-1990s, the Museum acquired and curated an impressive locomotive-building collection from the Glover Machine Works of Marietta, Georgia.

The Museum expanded again in 2007 with the opening of the Jolley Education Center. The 8,000 square foot facility offers classroom space for programs and a dedicated area for the very young to play safely alongside older children. The Jolley Education Center also houses Georgia’s Merci Boxcar, a gift from the French people to the state following World War II.

The newest addition to the Southern Museum came in 2016 with the opening of the Railroad Education Center Library & Archives. The 8,200 square foot structure houses the Museum’s large, ever-growing collection of archival material. The documents trace the growth and operation of some of the South’s largest railroads.

The Southern Museum is home to the General locomotive, made famous during the Civil War’s Great Locomotive Chase of 1862.

The General is an American type 4-4-0 locomotive that weighs, when including its tender, approximately 50,300 pounds. The General was built in 1855 in Paterson, New Jersey, by Rogers, Ketchum, and Grosvenor for Georgia’s Western & Atlantic Railroad (W&A). It cost $8,850.

The General initially served passengers and freight, but during the Civil War, it also moved troops and equipment. At the end of hostilities, the General was returned to service running between Atlanta and Chattanooga.

The General was retired in the early 1890s in lieu of more powerful modern locomotives. It subsequently traveled to fairs, reunions, and conventions around the country, including the 1893 World’s Columbian Exposition in Chicago. The General moved under its own power for the last time in the 1960s to commemorate the Civil War centennial. In 1972, the General returned to Kennesaw, Georgia, where it was placed on permanent display a few hundred yards from where it was stolen in 1862. 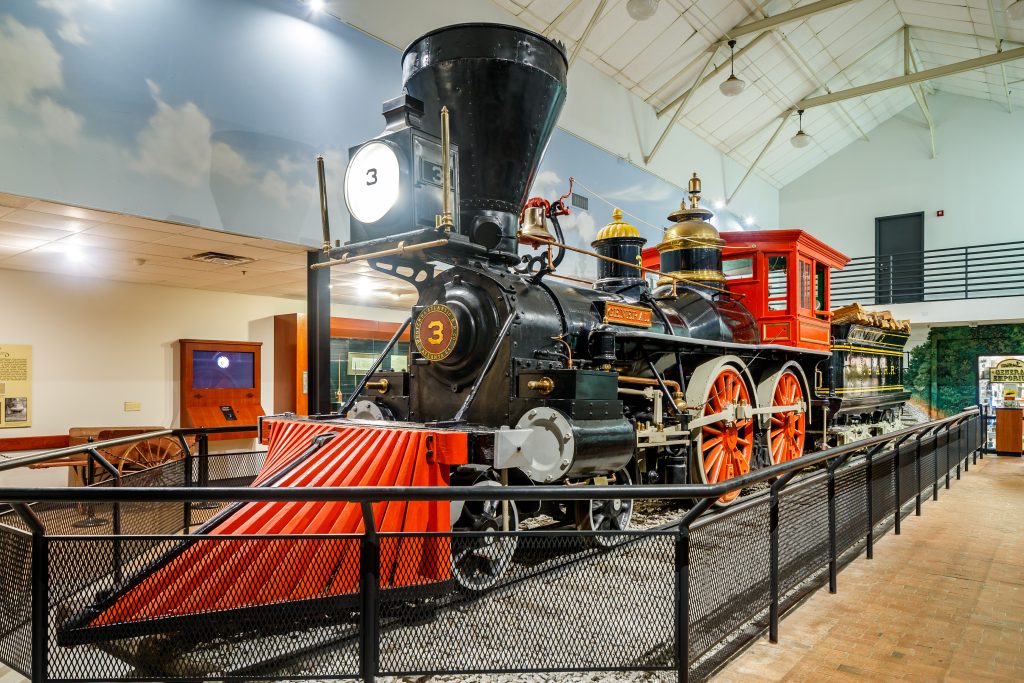 Learn about one of the most daring episodes of the Civil War. On April 12, 1862, James J. Andrews and a band of Union spies stole the General locomotive from Big Shanty (present-day Kennesaw). Pursued and eventually caught by Confederate conductor William Fuller, the episode came to be known as the Great Locomotive Chase. The exhibition features a movie about the chase, art and artifacts documenting the raid, pop culture objects celebrating the event, a mock-up of a railroad tunnel, and the General itself.

The bravery of “Andrews Raiders” led to the granting of the first Medals of Honor, the nation’s highest military award. The medals presented to raiders John Scott and Wilson Brown are featured in the exhibition. 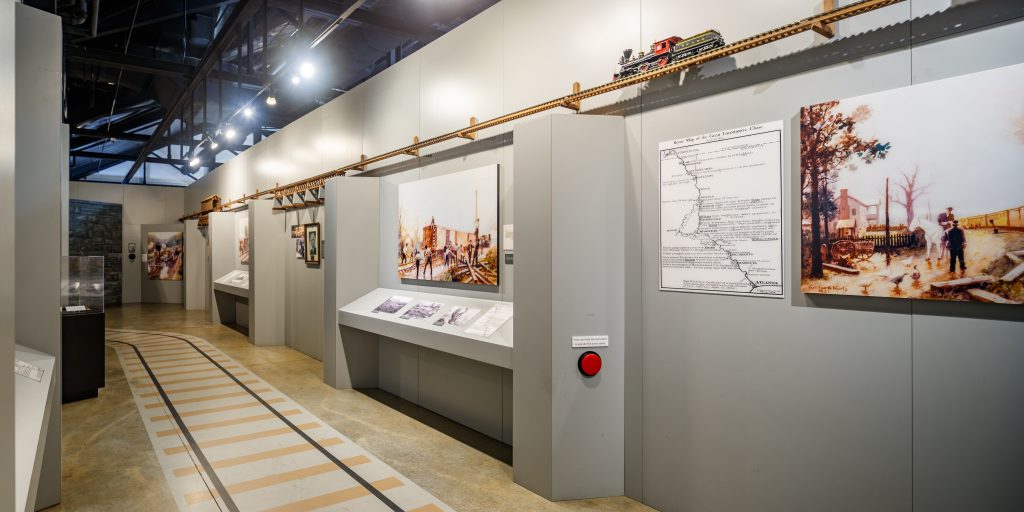 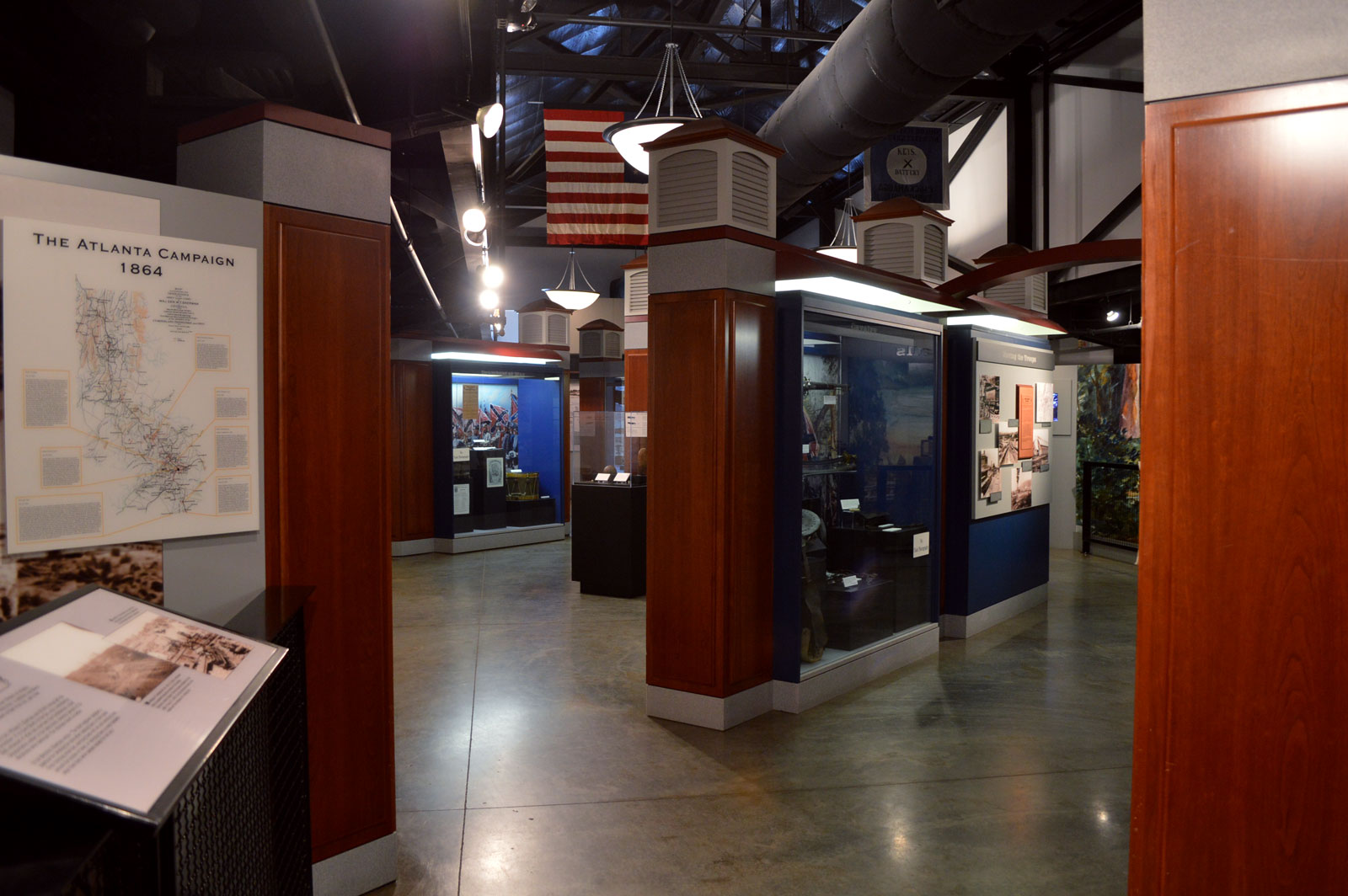 RAILROADS: LIFELINES OF THE CIVIL WAR

Discover how railroads influenced all aspects of the Civil War and played a crucial role in the decades that followed the conflict. Artifacts and photographs illustrate the importance of railroads, from shuttling troops to the front lines to transporting wounded heroes to hospitals. Displays also show how railroads helped bring about an end to the war. The exhibition goes further by examining other key technological changes, from weapons manufacturing to communications, and the impact the war had on civilians.

Spread throughout the exhibition are “Silenced Voices,” stories of individuals who traditionally have been ignored or silenced. These accounts form a broader, more inclusive narrative that highlights the ongoing legacy of the Civil War.

See the nation’s only full-scale reproduction of a belt-driven locomotive assembly line. Casting a New South offers a fascinating glimpse into the turn-of-the-century business technology that contributed to the rebuilding of the South after the Civil War. The Glover Machine Works of Marietta, Georgia, was the South’s last builder of steam locomotives. The exhibition showcases this remarkable company and includes an office, pattern shop, factory equipment, and two locomotives in various stages of completion.

The Glover Machine Works manufactured over 200 small steam locomotives in eight different gauges in the early 1900s. The Southern Museum is the home to the company’s complete corporate collection . 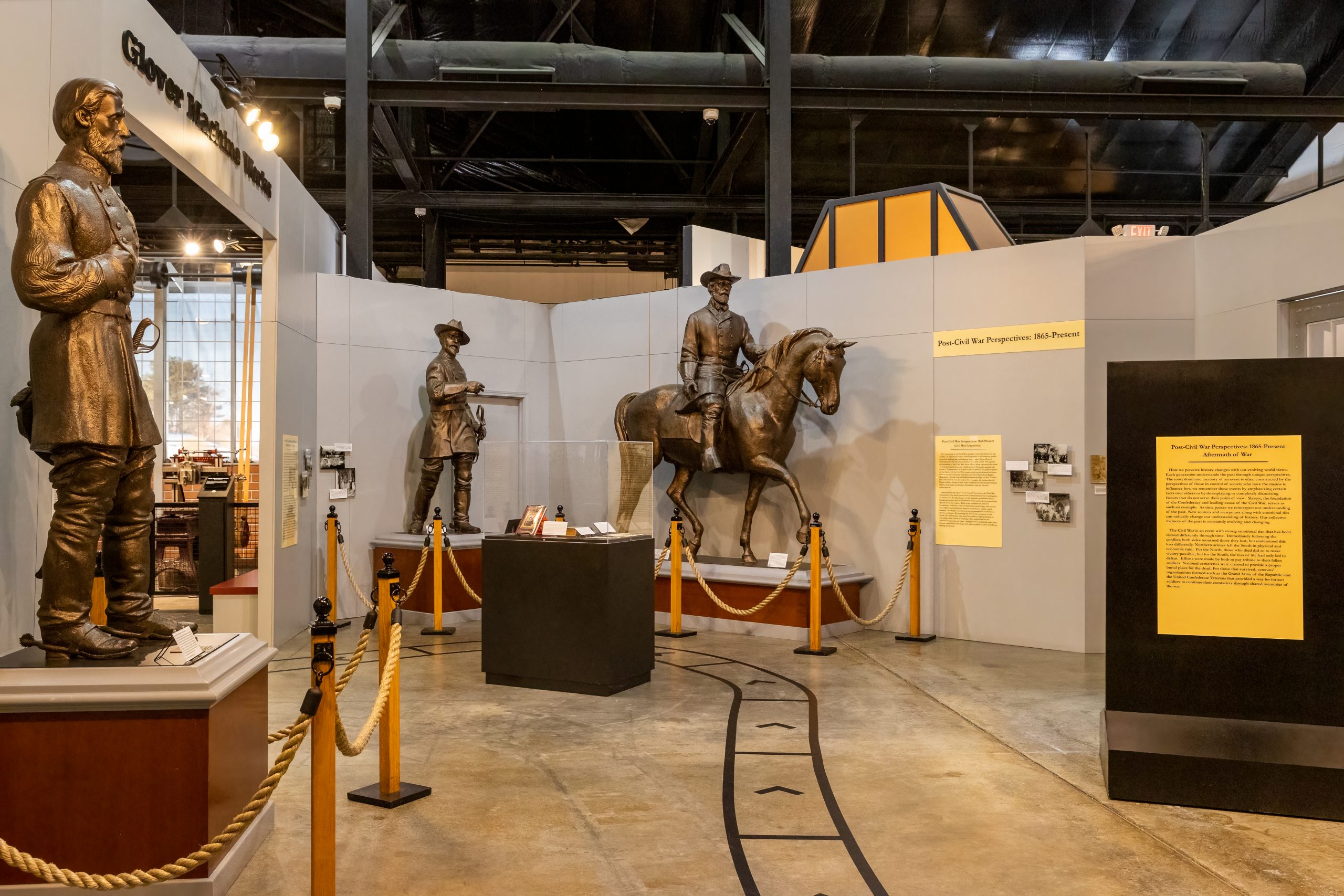 The exhibition features artifacts from Civil War veterans’ organizations, such as the Grand Army of the Republic and the United Confederate Veterans. It also includes modern depictions of the war in popular culture.

​Explore the history of the United States Railway Mail Service (RMS), which delivered mail by rail for almost 150 years from 1832 to 1977. The exhibition features artifacts, on loan to the Southern Museum from the Smithsonian Institution’s National Postal Museum, alongside informational panels and photographs

The display also highlights the story of Owney, the famed dog who traveled the country by train and became the unofficial mascot of the RMS. 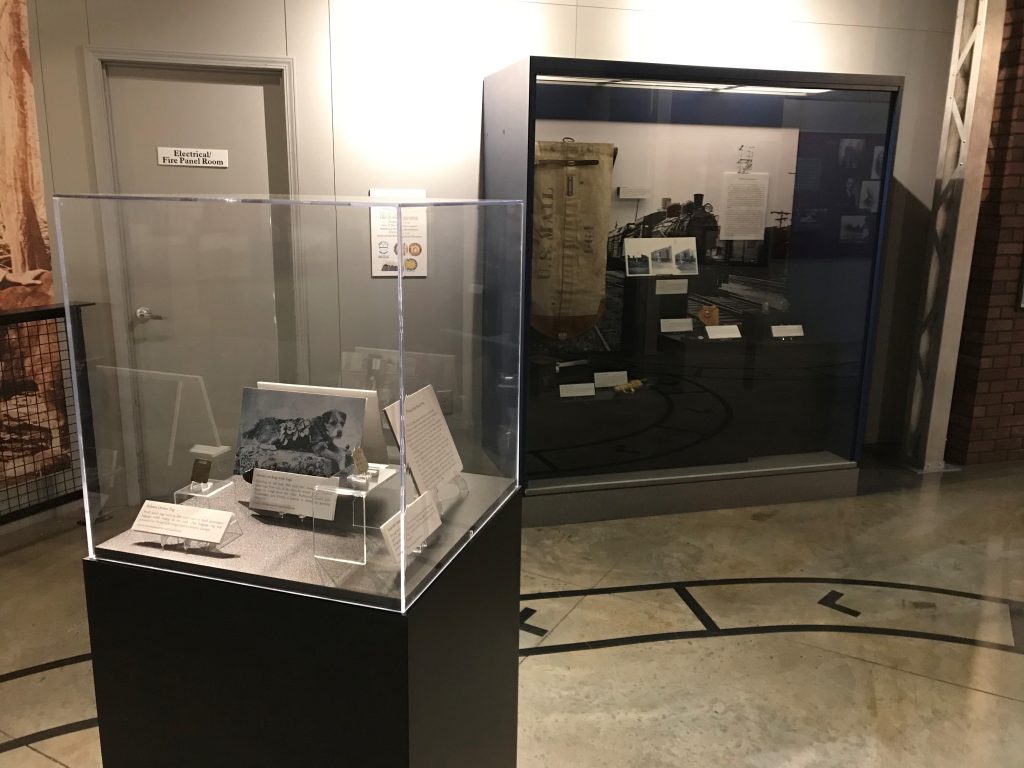 Georgia's Merci Boxcar was part of the “French Gratitude Train,” a series of 49 railroad boxcars (one for each state plus a shared boxcar for Hawaii and Washington, D.C.) filled with personal gifts from the people of France. The presentations were a way of saying thank you for the aid the United States provided to France after World War II. The boxcars were of the type used during World War I and World War II.

Georgia’s boxcar came to the Museum from the Fulton County branch of “La Societe Des 40 Hommes et 8 Chevaux,” a post-World-War-I honor society for American Legion members who went above and beyond the call of duty. 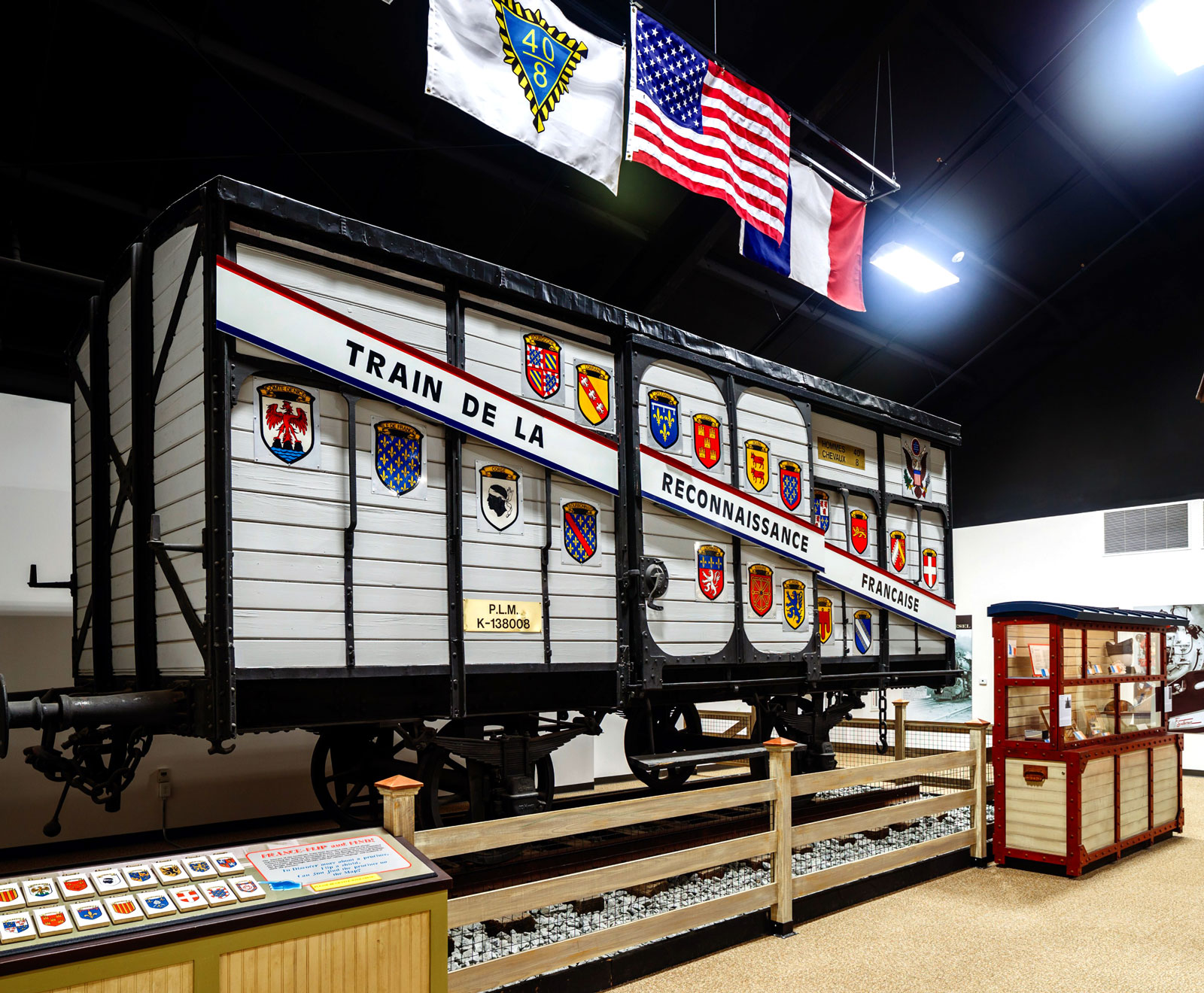 Children can play with an assortment of model wood trains. Be a conductor as you create your own track design. 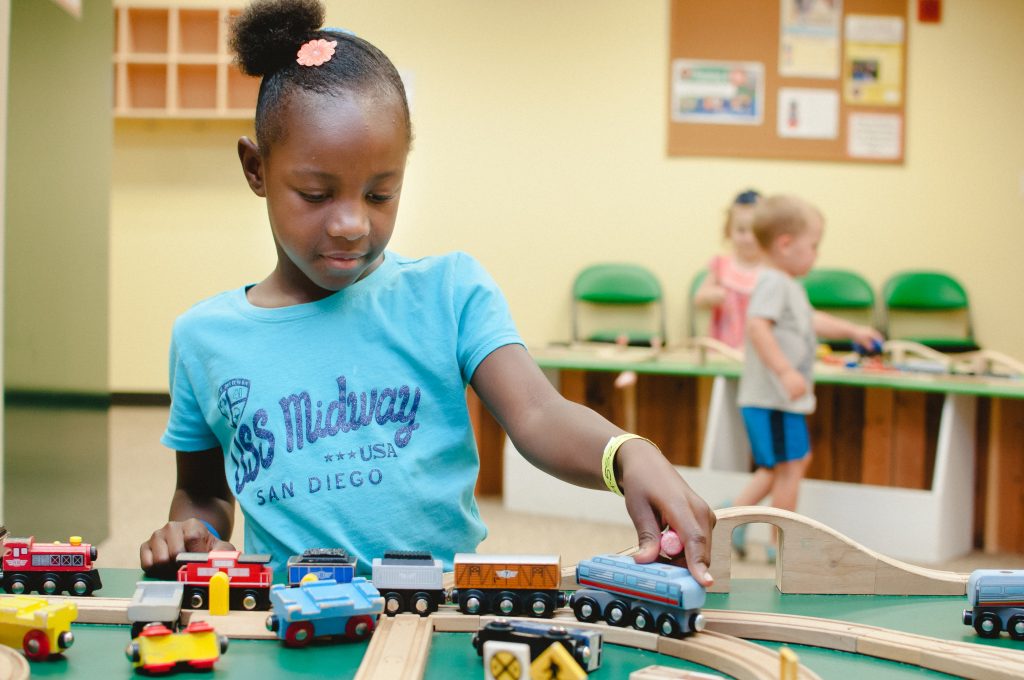 The Jolley Education Center offers engaging and interactive learning stations for children and adults of all ages. 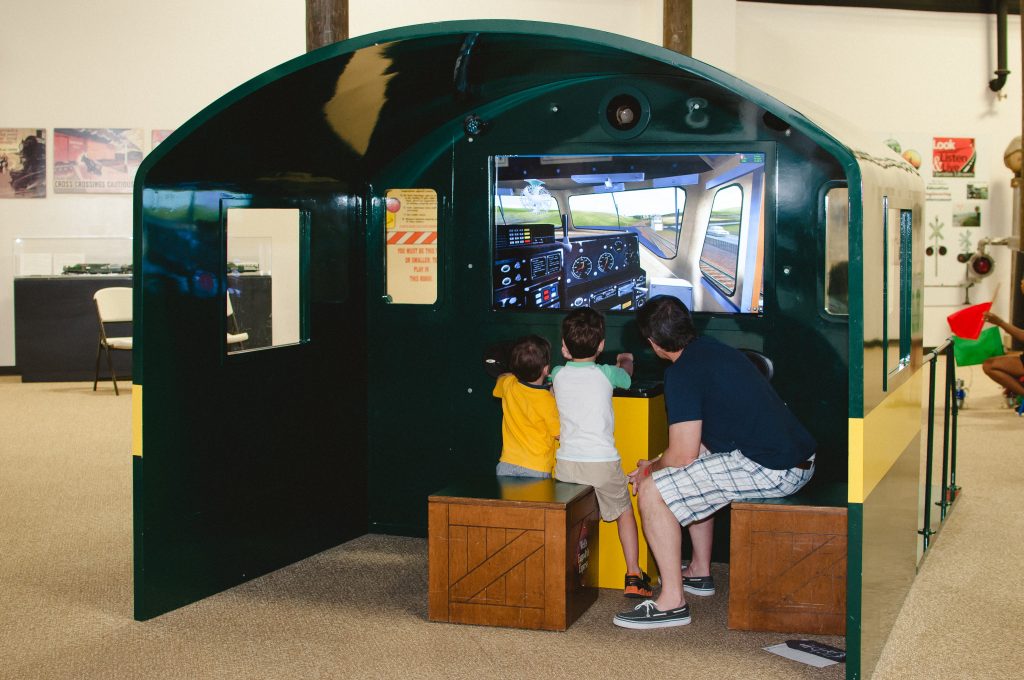 ​A designated area for younger children features a climb and crawl foam train set and other age-appropriate activities. 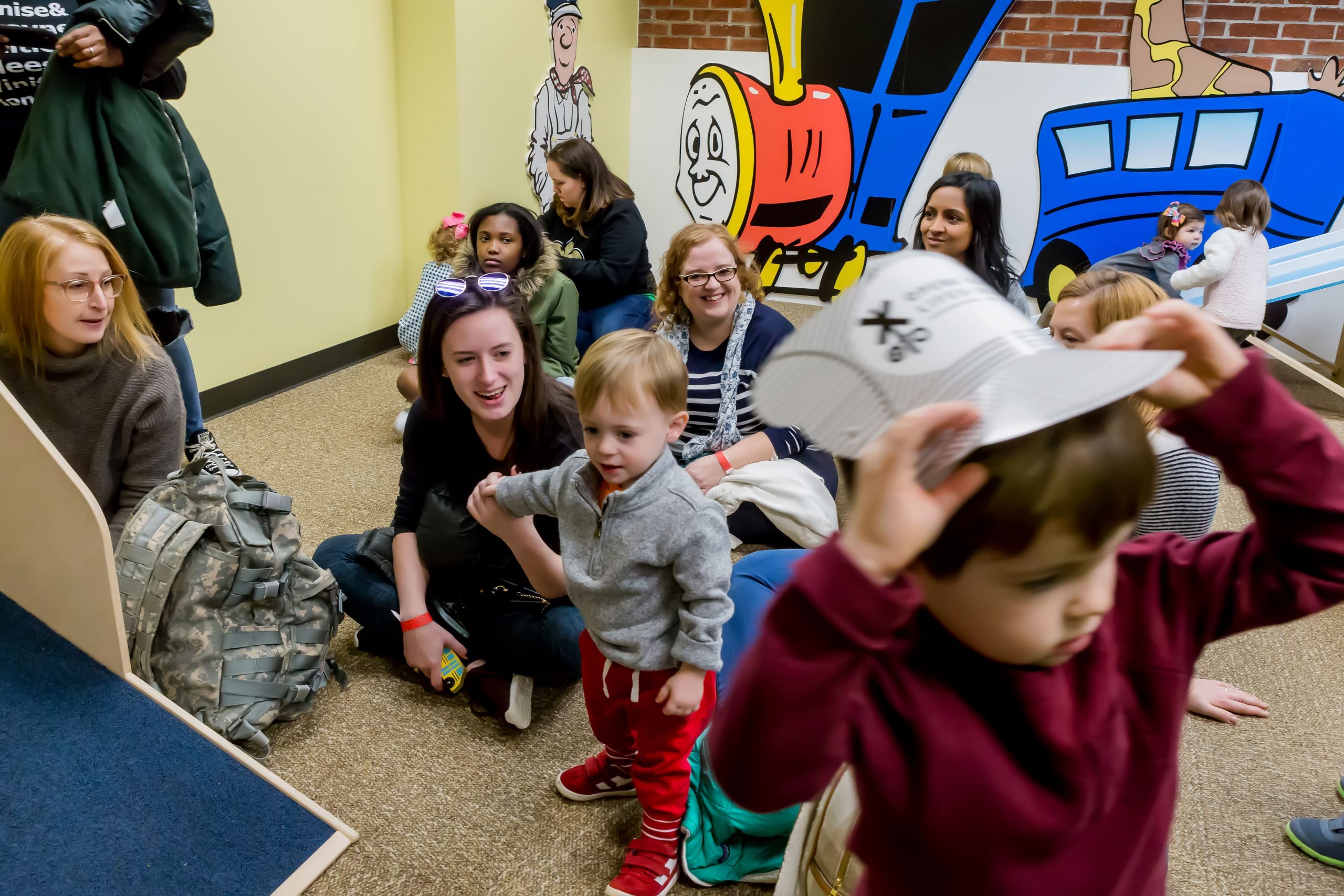